Helical torsion springs are made from a material, typically sprung steel spring wire, and formed into a helix. At each end, the helix extends to form two straight legs through which the torque is applied. A circular mandrill inside the coil, or a circular housing around the coil, is used to retail the position of the spring.

The legs typically extend tangentially, which results in the lowest stresses. However, radial and axial legs are also used at times.

A single coil version has a single leg extending from each end of a single helix. A double coil version is, essentially, two single coil springs that mirror one another — with the coils concentric but of opposite-handed windings. Both coils are wound from a single length of wire with the two central legs joined in a 180-degree bend.

Torsion bars are simply straight bars of elastic material that can be twisted to its elastic limit. Torsion bars of typically constructed from steel or rubber. They are often used for heavy-duty applications, such as the suspension of trucks and tanks.

Torsion bar suspension is extremely durable because of its mechanical simplicity. It is also compact and allows for easy adjustments. Very light-duty torsion bars may require tension to generate a restoring torque, which is referred to as a torsion fiber.

A spiral wound torsion spring is formed from a spring wire, or more commonly a thin strip of sprung steel, coiled into a flat spiral. This configuration allows large angular deflections of many revolutions, with relatively little variation in torque during the movement. Spiral wound torsion springs are, therefore, used in clockwork devices, clocks, and other devices that require energy to be stored and consistently released in this way.

Power springs are a special type of spiral wound spring that can exert a consistent torque over many revolutions, they are sometimes referred to as clock springs or motor springs. Power springs are wound tightly within a case to provide a high energy density. 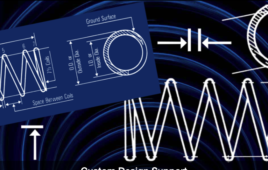 MW Industries adds to its spring-manufacturing capabilities with new acquisition 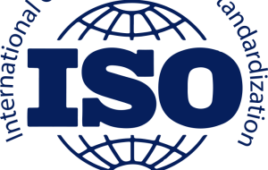 The versatility of shaped wire